“The Hardest Part About My 2,745-mile Bike Race? Knowing When to Quit”

“Homer Weaves Dramatic Tale in ‘Be Brave, Be Strong'”

“Independence Day: A Day in the Life of the Tour Divide”

“The Great Divide Basin: An Excerpt From Be Brave, Be Strong”

Spotlight on ‘Be Brave, Be Strong’ 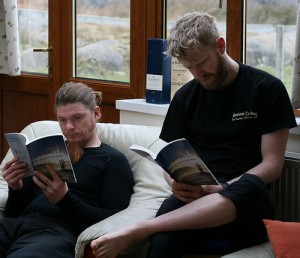 If you are a blogger, book reviewer or journalist who would like to obtain a press release and copy of an Arctic Glass Press title for review, please contact jillhomer@arcticglasspress.com to request a “review copy.”